CapeGabe
October 2019 in Game of Thrones
A YouTuber I follow deals with medieval castle and weaponry. Occasionally he does comparisons of movies and TV shows depictions of them. After the battle of Winterfell episode he did a video of how horribly designed it was. People in the comments told him to redesign it to make it better and he decided to. In his research he discovered he didn't need to redesign Winterfell, he just needed to make it as it was written in the book.

It seems quite obvious to me that GRRM had a scale problem in his writing. I remember reading once he said the Ice Wall was way bigger in the show than he imagined. They told him they cut the size he had in the books in half because it looked bad on screen. His castles are also huge by real traditional castles. You can see in the video how insanely tall the castle walls are in his world.

Just to take another shot at the Double D's I was always disappointed they never captured the grandiose of the all castles from the books. Winterfell was particularly a joke. It looks like a little hovel dump. I mean it's only CGI, not like they needed to build giant sets to match the models.

This is a long video but so worth it. His vision of Winterfell is so amazing. If short on time you can skip to the reveal at 19:45 but the whole video is interesting. 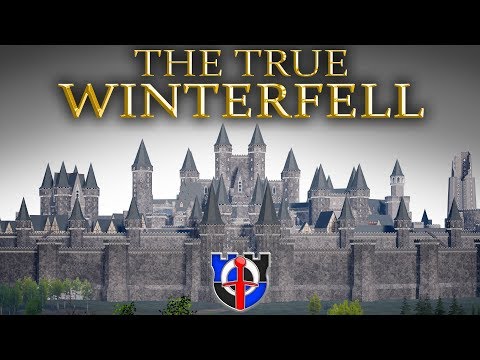