Zomboat: smart, funny British zombie comedy (on Hulu in US)

When I first read about the show I was hoping it was going to be good but it far exceeded my expectations.  The British-style comedy is great and the actors are game to look silly, get covered in gore, or do both at the same time.  There are a lot of references to other zombie media, a nice change from most other zombie movies and shows.
The name of the show comes from the characters' use of a narrowboat https://en.wikipedia.org/wiki/Narrowboat to make their escape.  Zomboat is nothing like the FTWD episodes on a boat in case that was a concern.
6 episode season with all episodes up on Hulu.  If you like the first episode you'll like the whole season.
Some discussion of the first few episodes: 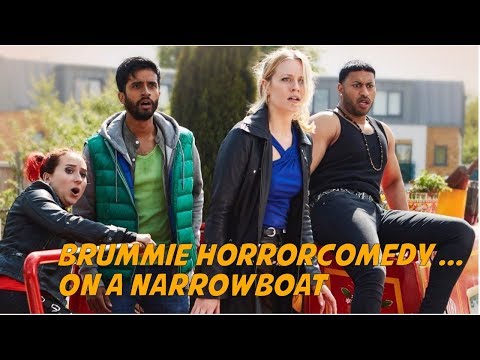