darwinfeeshy
October 2017 edited October 2017 in Movies
Ok, so is Deckard a fucking replicant? Or was he just fucking a replicant?
J&A seemed convinced that he was a replicant, but the only evidence I see is that Deckard had a baby with Rachel.
But who's to say Rachel couldn't have a baby with a human male? Perhaps Tyrell wanted humans and replicants to coexist by eventually becoming one and the same. But maybe I just missed a line of dialogue or something...
Also, what what the symbolism of Gaff's origami for Officer K? It looked like a sheep, so my initial thought was "a lamb to the slaughter" or "mindless follower" 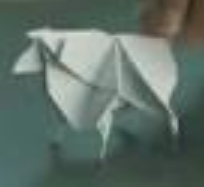 Anyway, this movie was DOPE! Seeing it again this weekend.